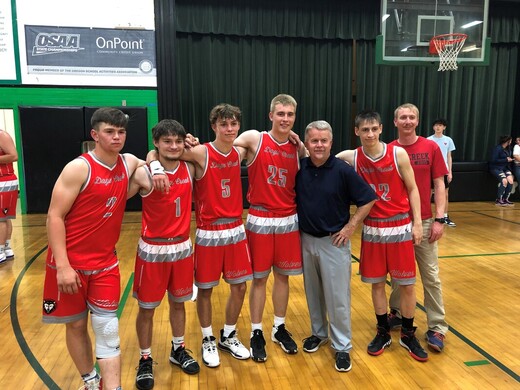 Boys Basketball Recap (2020-21 school year)
The Boys Basketball team proved to be very successful once again this season. Led by a strong returning core of Seniors, Macs Whetzel, Rhyse Williams, Neston Berlingeri, Cauy Jackson, and Zane DeGoot, Days Creek was once again at the top of the Skyline League.
Days Creek was also granted a trip to the State Basketball Playoffs in Baker City. We were excited that these playoffs were an opportunity that was a not initially on the schedule early in the year due to COVID. However, a group of dedicated coaches and Athletic Directors side stepped the OSAA and put together a State Tournament of their own proving to be a great success!
Days Creek was also represented well in the Skyline League All-League selections. Zane DeGroot, a 1st Team All-League selection, was also chosen as the League’s Player of the Year! Sophomore Keith Gaskell was the unanimous Defensive Player of the Year! Others getting League notice as 2nd Team All-League were Neston Berlingeri, Cauy Jackson, and Macs Whetzel. As coach, I am extremely grateful for these athlete’s dedication to the team. We certainly will miss these Seniors!
Coach Ellis & Coach Fuller 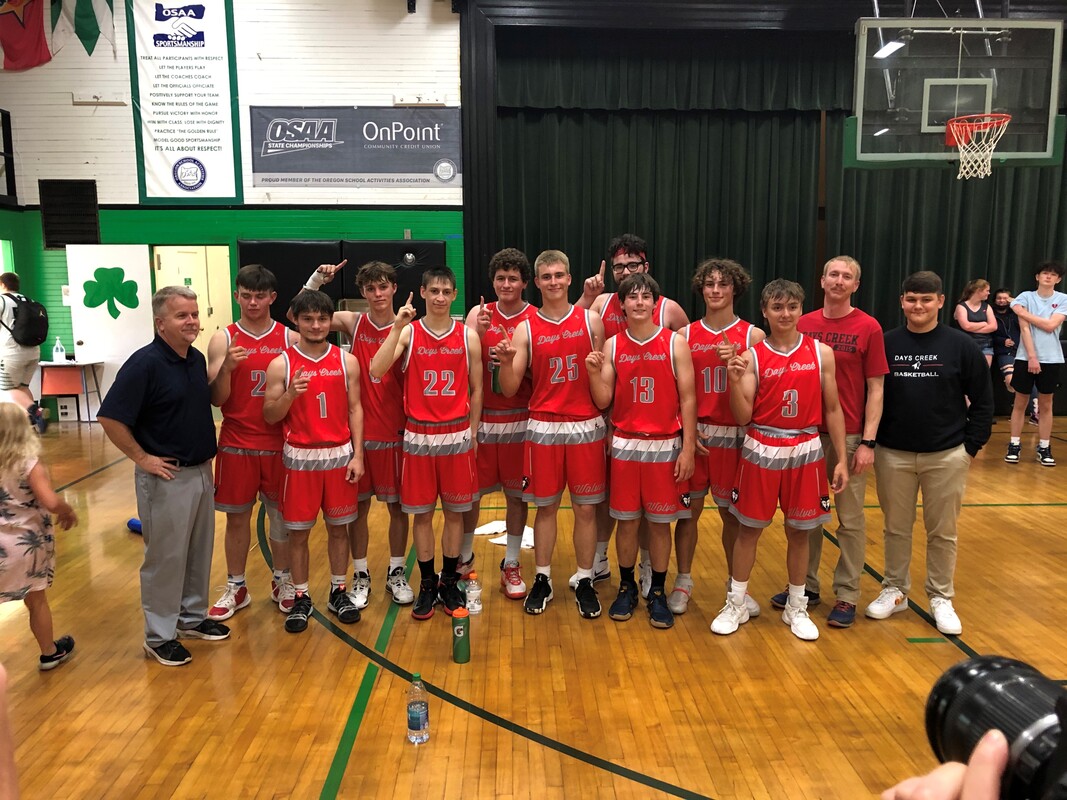