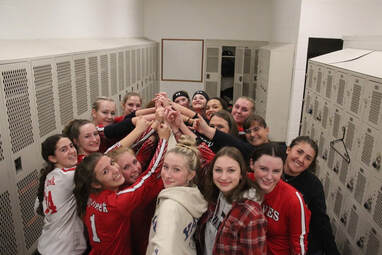 The 2022-2023 Volleyball season was filled with so many great memories and accomplishments. The team finished with a 10-2 league record, landing them in 3rd place for the Skyline League. One of the two teams ahead of them would go on to play for a State Championship. The first round of State Playoffs the team took on Mohawk and defeated them in 4 sets to stay alive and head to the second round. The second round of State Playoffs brought on the #1 ranked Damascus Christian Eagles. The girls held their heads high and played tough but ended the season losing to Damascus Christian.

This was such a fun group of girls to coach. Some of my favorite moments were off the court. The girls worked so hard on their team camp talent show routine and as always it did not disappoint! Another favorite moment was an overnight tournament trip that started with a team movie night seeing Top Gun and ended with a late night drive to find a different gym to stay in. The dedication, passion and all around togetherness of Days Creek Volleyball has been passed on from generation to generation and these girls upheld the tradition to such high standards. As always it was a joy to coach and we look forward to seeing you next year! 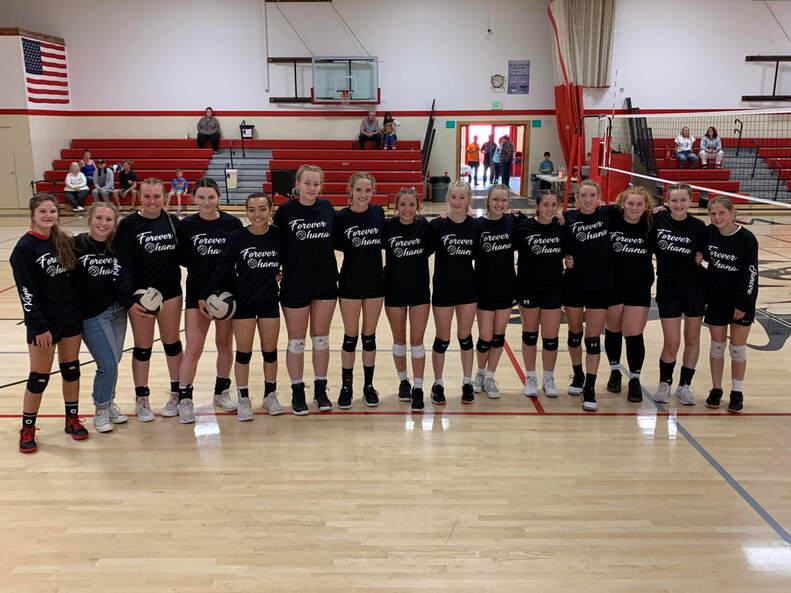 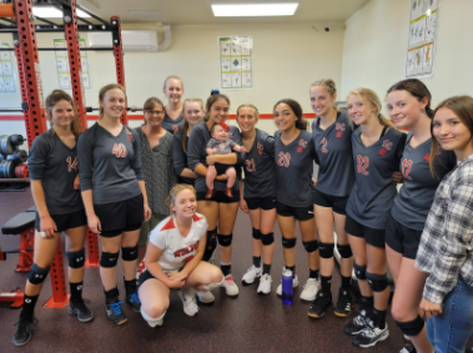 (Volleyball recap 2021-22 school year)
​We were very thankful to be back to a normal indoor Volleyball season this year. The atmosphere and fans in Days Creek’s gym is something that we definitely missed during our outdoor COVID season. There is nothing better than playing on your home court. The team finished 11-3, placing 3rd place in the Skyline League. The team made it the Second Round of State Playoffs ending our season with a loss to Joseph High School. Shandiin Newton, Fionna Ketchem and Bailey Stufflebeam all received 1st team Skyline All-League honors. Liz Leodoro and Lyris Berlingeri were selected for the Skyline All-League honorable mention. Fionna Ketchem was selected for the Skyline All-League Libero of the Year, for the second year in a row. The girls stayed tough all season long through the many obstacles thrown their way. A highlight of the season was raising the most funds we’ve ever raised in our Dig Pink Breast Cancer Awareness game, with a total of $2,247.00. We are looking forward to our 2022 season and have a lot of returning players. See you in the fall! 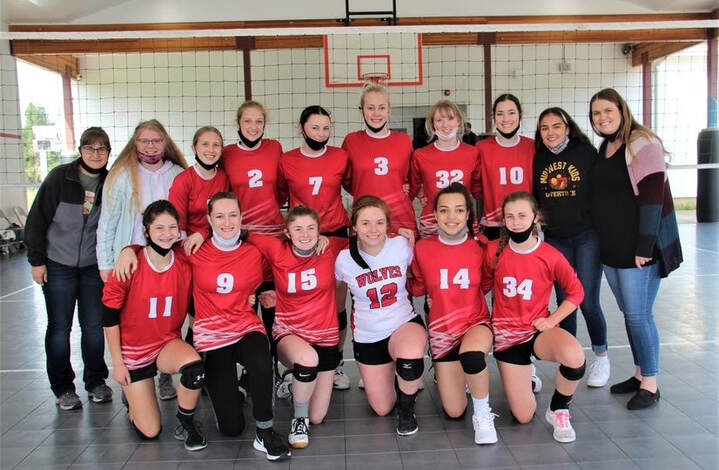 2021 late volleyball season was different than any season anyone had ever been apart of.  All regular season games were on an Elkton outdoor court, and we were all so very thankful for the opportunity to play.  Thank you to the league for purchasing the court and to Elkton for hosting.  Playing in a uniform top and sometimes sweats to keep warm, sometimes with sun in our eyes, depending on the day...I would say we came out a better and tougher team in the end.  We ended the season with 10-1 in league and 15-1 overall.  We were able to go to a very competitive end of season tournament in the Portland area where we took 4th.  It was a good finish to a difficult in some ways but over all rewarding year.  Bailey Stufflebeam received second team all league reward, Megan Kruzic first team all league, and Ashtyn Slater player of the year.
- Coach Rachel & Coach Gloria